I recently re-watched Blade Runner, one of my all time favourite films (The much-maligned Theatrical Release for those who care about such things. I don’t mind The Final Cut, but I’m not a big fan of the Director’s Cut.)

The story is set in 2019, just three years from now, and important events in the backstory are occurring right now, like Roy Batty’s “birthday.” 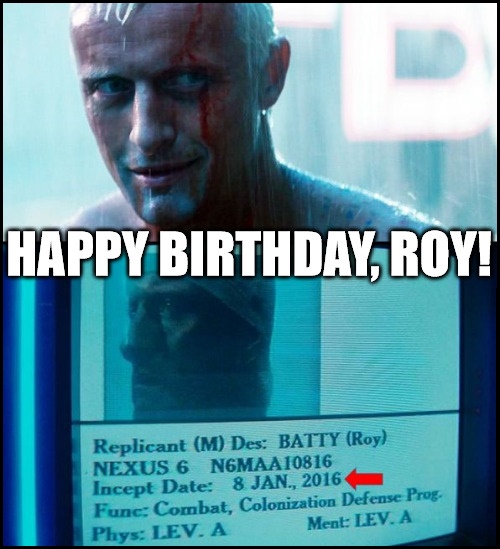 The movie was released in 1982, just over thirty years ago (though the Philip K. Dick story on which it was based – Do Androids Dream of Electric Sheep (best title ever) – was published in 1968). The conception of the future portrayed in the film was interesting, not only in terms of technology but also social developments.

There’s the proverbial flying cars, and Replicants who are almost indistinguishable from humans, but no cell phones or flat screens. People are moving to “off world colonies” but most of them still smoke!

As a science fiction writer I’ve been trying to decide what the lesson in this is. I think it’s that you should lay off predicting future technology and society unless it directly affects the story, i.e. don’t use tech as the literary equivalent of eye candy.

Even then, you’ll probably get it wrong. But you’ll at least have a shot at drawing out some plausible implications, and perhaps to make the reader question some assumptions about their present. What more could an author ask for than that?